Following the trend at many universities across the country, UIC recognized that upgrades to their existing Student Recreation Center would enhance student life and bolster future enrollment. DKA’s principals were chosen by the Office for Capital Programs at UIC from proposals received from coast to coast to design a facility that supported their vision.

The downtown Chicago campus has limited real estate, and as a result, the additions to the 1980’s building needed to be built on top of an existing underground pool. Since the new program for a two-story addition did not fit into the footprint of the existing structure, the building was cantilevered on three sides, allowing the grassy quad to remain, resolve circulation and security concerns, and provide adequate space to include all of the required programming.

The additions and renovations include the following: 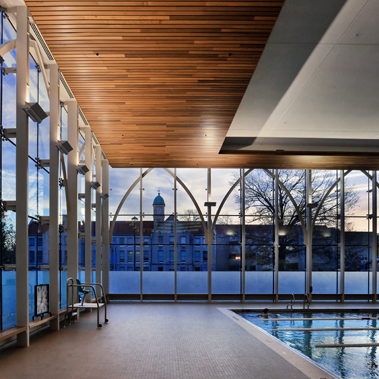 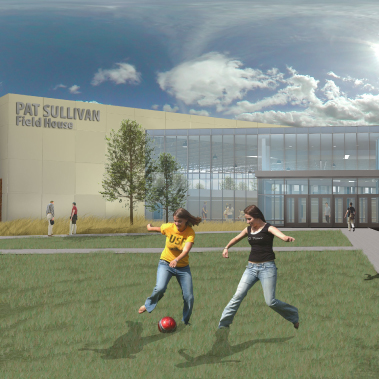 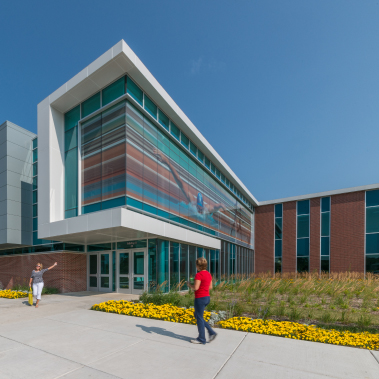